It takes a very special kind of pundit to capitalize on the fallout of the recent tragedy in Charleston, South Carolina as a way to attack gays, but it seems that John Nolte, Editor-at-Large for Breitbart.com, is up to the challenge.
In his June 23 diatribe (Take Down the Fascist, Anti-Christian Gay-Pride Flag), he makes all sorts of bold assertions that are intended to spook his readers into believing that a Homosexual Army is marching into their town to burn down their churches and supress any expression of the Christian faith. Listen carefully for the sound of pink jackboots, he implies. They're coming for you and your family, values and all!

The trouble with all this is that his bold assertions are backed by a very tenuous interpretation of the facts.

Under this banner of hate, people are outed against their will, terrorized out of business merely for being Christian, bullied and harassed for thoughtcrimes; moreover, "hate crimes" are being manufactured to keep us divided, Christians are refused service, death threats are hurled, and Christianity is regularly smeared as hate speech.


Let's unpack the above paragraph and run it through my logic filter, such as it is.

Assertion 1: People are outed against their will

The person being "outed against their will" is Rep. Randy Boehning (pronounced the same as "boning"?), a North Dakota lawmaker who voted against an LGBT anti-discrimination bill. The complication is that while Boehning was a staunch conservative politician by day, at night he was cruising Grindr, a gay social networking site, and had sent a jpeg of his John Henry to Dustin Smith, a 23-year-old man who also frequented the site. In this Age of Anthony Weiner there is no excuse for any politician to assume any sort of right to privacy if they're sending pickle shots to men less than half their age, particularly those who make their living playing to a homophobic audience. Smith didn't "out" Boehning as gay - by participating in an online forum for gay men he outed himself, if inadvertently. Smith is guilty only of exposing a politician's hypocrisy, though evidently John Nolte doesn't get that nuance.

Assertion 2: People are terrorized out of business merely for being Christian

This is a misnomer. Memories Pizza, a Christian-owned pizza parlor in Indiana, was the subject of a boycott and public shaming online and elsewhere not because the owners are Christian but because they said they'd refuse to knowingly do business with gay people. As far as I know, there is nothing in the New Testament exhorting Christian pizza peddlers to discriminate against prospective customers on the basis of sexuality. Furthermore, why is homosexuality the only 'grave sin' that restauranteurs seem to care about? When was the last time you ever heard of a restaurant refusing to serve murderers, adulterers, thieves, bearers of false witness, defrauders, or dishonorers of fathers and mothers?

It would seem to me that the conflating of gay discrimination with 'Christianity' is a case of theological acrobatics for the sake of legitimizing hatred. Sure, you can cherry-pick some homophobic passages out of the Bible - that doesn't make homophobia Christ-like. In fact, you could cherry-pick all sorts of nasty things out of the Bible that would make any self-described fundamentalist squirm with embarrassment.

Furthermore, while the owners of Memories Pizza are indeed Christians, and while the business is a privately-held concern, it exists to serve the public at large, and not just their fellow parishoners. To use supposedly-religious reasons for alienating certain segments of that public isn't just theologically-questionable - it's bad business, period.

As a Christian, I am offended by people turning Jesus into a corpse-puppet like the guy in Weekend at Bernie's, and reanimating Him without His consent to validate their hateful belief systems. I would feel at least marginally better if they had enough integrity to be honest and said "Alright, we just don't like gays, okay?", rather than bringing Jesus into it. 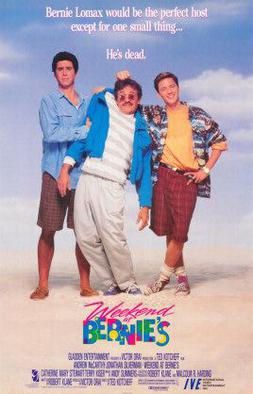 And finally, this particular situation isn't a case of 'terrorism' - it's a form of lobbying in the direct democracy known as a market-based economy. (As evidenced by the result this lobbying effort garnered, I would say this is a far more effective system than the symbolic 'democracy' we have in place in most first-world countries.) If the politician (restauranteur) is going to introduce some ugly policy ("we won't serve gays"), then concerned third parties (gay organizations) have the right to lobby fellow voters (the rest of us pizza consumers) not to vote (do business) with said politician (restauranteur).

Assertion 3: People are bullied and harassed for thoughtcrimes

Nolte backs this assertion with a situation kinda/sorta similar to the one above, albeit in reverse, where two openly-gay owners of a gay-friendly hotel, OUT NYC, came under fire from gay organizations for agreeing to host Ted Cruz at a New York event despite his known opposition to gay marriage.

While said hoteliers are free to engage in whatever political activities they choose, the clientele who would otherwise be their target market are free to publicly express their displeasure through any legal and peaceful means.

On a tangential note, the late Andrew Breitbart had an affinity for activities that Nolte would consider bullying and harassment if circumstances were different.

Stop thinking and start shouting! It's the Breitbart way.

Assertion 4: Moreover, "hate crimes" are being manufactured to keep us divided.

Nolte dredges up a few examples here where gays or transgendered people may have lied about being being victimized on a given occasion. Even if the reportage he cites is accurate, I say "big deal" with arms folded and a look of genuine disinterest.

Gay or transgendered people are just as prone to making stupid mistakes as the rest of us. (And in making false accusations, they're certainly far from alone.) The fact that they made these mistakes in the first place is not symptomatic of their sexual orientation or gender identity.

Again, anti-gay beliefs are being wrongly conflated with Christianity. In this case, someone asked a bakery for cake inscribed with "We do not support gay marriage", and the bakery refused that request. The bakery probably didn't give a hoot what the person's religion was - it was the message being requested that was at issue.

In keeping with the above trend, the bakery is free to exercise discretion in how it conducts itself, and in return it has to endure whatever economic custard-pies-in-the-face result from their actions. The freedom to make a potentially wrong decision is a beautiful thing.

Assertion 6: Death threats are being hurled

Okay, so some organizations working to delegitimize gay rights (or even label gayness itself as a 'personality disorder') have been receiving some threatening emails. Perhaps they were expecting truckloads of gays to show up at their door and give them prolonged back rubs out of sheer gratitude?

When you're in the business of bullying a certain segment of society, you can reasonably expect some push back, even if it's in the unjustifiable and inexcusable form of death threats. Grow up, already.

I don't know about you, but I'm getting oversimplification fatigue the further down the list I get. In Ann Curry's interview with Kirk Cameron, she was questioning him about certain things that he has said that could be construed as incitement to mistreat of gay people. (Cameron had called homosexuality "unnatural", and went on to say "it's detrimental, and ultimately destructive to so many of the foundations of civilization." At the very least, these are fightin' words.) Whether or not Curry's interpretation is correct, she has the right (and responsibility) as a journalist to question him on it. Asking a question, even a pointed one, is not the same thing as smearing.

In conclusion, it seems that John Nolte would like Christians and conservatives alike to have the right to publicly demonize gays and gay rights, often in an outright belligerent manner, but not experience any resistance from the targets of these offensives. They want to get in the ring with the gay community, as long as the gay community has its hands tied behind its back. Nolte, for one, seems to want gays to know their place in the world and not deviate from it with talk of rights and equality, and is ready to pounce on them with terms like "Big Gay Hate Machine" and "fascists" whenever they dare stand up for themselves.

Nolte's frequent knee-jerk use of the term"fascist" is interesting in this case, because none of the examples noted above come anywhere close to resembling actual fascism. In at least some of the cases, they are a matter of gays or transgendered people exercising their own self-respect. (Yes, death threats and false accusations are always wrongful actions, but not fascistic.) So on that note I'll leave you with Lawrence W. Britt's "early warning signs of fascism", and you can ponder for yourself as to how many of them correspond with the Breitbart.com editorial agenda.