After a few months of traipsing around the worlds of SunOS and Linux, I'm back to NetBSD for what I hope will be a lengthy return engagement. And while I'm enamored of NetBSD for all the previously-mentioned reasons, I'm already thinking ahead to some problems to solve, some of which have also been mentioned before.

On that note, here are some irritants currently jumping out at me:

After retracing the steps I took last time to install Adobe Flash, I'm finding that I can get audio from almost any website (using Firefox) except YouTube, or sites embedded with YouTube videos. This is a marked departure from my previous experience, and I suspect it may be a problem with Firefox (in this case, the version 46 "Nightly" build), or else an issue with (or lack of) some non-Flash plugin or package.

I've installed Tux Racer, SuperTuxKart and Celestia, only to find the system performance too slow for adequate playability. Considering this is a "low overhead" OS running on a 64-bit machine, one would think these games would roar to life with maximum speed and smoothness. And for all the carping about how bloated Linux has become, I have never experienced any slowness in the above-mentioned games nor any others. This leads me to think that perhaps some driver is missing, or that a configuration file needs a tweak or two.

This issue is an unresolved holdover from a previous installation. Any lack of a solution thus far has more to do with the low bandwidth of my chair-keyboard interface than anything else. (Put another way, a system that does as little hand-holding as NetBSD requires a bit of perseverance on the part of the user.)

Beyond these issues, this go-around with NetBSD is going swimmingly so far, as I have the usual applications I need or want, and furthermore it simply feels good to be back to a system that exemplifies traditional UNIX. 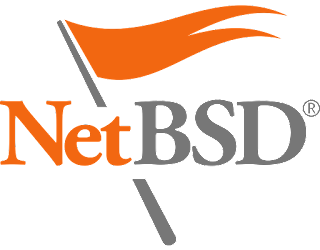 
I won't bore you with the details of my more recent distro-hopping other than to offer the following thoughts on Oracle Solaris:

Despite any lingering controversies and resentments surrounding Oracle's stewardship of Solaris, it is still a supremely put-together system even if it does take forever to boot on my laptop. That's not to say there aren't any imperfections, and I'd be more than happy to participate in any online fora or bug-reporting venues, but not under the current terms of the Solaris license. I could list the glitches I came across here but I won't. (If my free-of-charge usage of Solaris is strictly for "personal use", then it would also preclude unpaid product testing on my part.)