Thank you for the work your organization has done since its inception to combat anti-Semitism specifically and bigotry in general. I especially appreciate the news items, commentary and research provided on your website, which I have frequently sought out for the purpose of taking stock of my own attitudes and beliefs during times of turmoil on the international stage. In this way, the Anti-Defamation League provides an invaluable public service, and for that I am grateful.

While I myself am not Jewish, I do not hesitate to proclaim that despite obvious dogmatic differences, the Christian values that inform my conscience are in fact decidedly Jewish values, and that my faith is historically rooted in and continues to be indelibly influenced by Judaism. This is something I acknowledge and celebrate. I am also confident that these same values inform your own fight against intolerance.

In light of a recent news report, however, I am feeling the need to contact you directly for your insight as well as ask some pointed questions.

As reported by Nic Hasson in a July 12, 2016 news article in Haaretz (Border Police Deliberately Provoke Palestinians in East Jerusalem, Internal Reports Say), it would appear that at least some of the unrest among Palestinians (which is supposedly hindering the peace process in that region) is being manufactured by Israel. According to the article:


Border policemen initiate “friction” with residents of East Jerusalem to provoke a violent response from them, according to police reports. Just such a provocation apparently took place in Isawiyah earlier this year, sparking confrontations in which a boy was seriously wounded

On January 6, clashes erupted between Palestinians and Border Police troops who entered the East Jerusalem village. During the confrontations Ahmed Abu Humus, 12, was shot in the head with a sponged-tipped bullet. Suffering serious brain damage, he was sedated and on a respirator for three weeks, and since then is not communicating with his family.


The article goes on to say that Eitay Mack, the lawyer representing the boy and his family, fought (unsuccessfully at first) to secure the file for the internal investigation on this case, and was initially told by Israel's Justice Ministry that “there was no evidentiary basis of an offense being committed.”

Eventually, the lawyer received the full file. According to Hasson, the file: 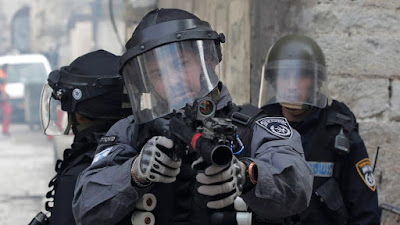 From the above I believe we can assume two things, namely:


It goes without saying that while your organization is pro-Israel, I don't expect it to necessarily be a knee jerk apologist for the Israeli government. Furthermore, I trust that your definition of 'anti-Semitism' doesn't hinge on whether one supports or objects to every decision of Israel's politicians, military or law enforcement officials.

Having said that, the chain of events referenced above (assuming they are being reported accurately and objectively), when viewed alongside some of the materials on your website, strikes a rather dissonant chord. Take for example an article in your Israel: A Guide for Activists section, entitled Response To Common Inaccuracy: Israel Is Not Interested in Compromise for Peace, which states:

Inaccuracy: Israel is not interested in or prepared to make meaningful compromises to achieve peace with the Palestinians.

Response: Israel is committed to pursuing a negotiated peace agreement with the Palestinians so that it may finally live in peace and security. Israel was able to reach historic peace agreements with Egypt (1979) and Jordan (1994) in which both sides made serious compromises for the sake of normalized relations.

While Israel has made great efforts to promote serious negotiations and a final peace agreement with the Palestinians over the past two decades, peace has proved elusive primarily because there has not been a Palestinian peace partner willing to recognize Israel’s right to exist as a Jewish state and able to uphold peace commitments


If Israel is indeed "committed to pursuing a negotiated peace agreement with the Palestinians", then why is the Israeli state, via its police officers, engaging in "initiated friction activities" to deliberately provoke Palestinians into a violent response? Perhaps a "Palestinian peace partner" is too much of a threat to Israeli expansionism for the police to forgo such tactics? (I realize I'm making a leap here, but in the absence of a more satisfying explanation it is all-too-tempting to draw such conclusions.)

Given that you abhor and decry state violence perpetrated against vulnerable minority populations, and also given that there are elements or organizations that are quite happy to capitalize on such state violence for the purpose of radicalizing said minority populations, would it not be in the best interests of the people of Israel for the ADL to lend a voice of stern protest against the police tactics described above, and lobby for the civil rights of Palestinians?  Or are Palestinians even entitled to civil rights in your estimation?

You are quick to decry direct violence against Israeli citizens by Palestinian extremists - would it not demonstrate moral continuity to take Israeli authorities to task for deliberately making a dangerous situation worse for G-d knows what purpose? (From what I can see, your organization has not commented on the events in East Jerusalem as they pertain to these tactics. Please correct me if I've missed something, or if the events in question are recent enough that your position has yet to be formulated.)

And so, taking all of the above into consideration, please clarify your position on the tactics of the Israeli police as described above, and explain whether or not you agree that the safety of the people Israel (and the wider Jewish diaspora) is threatened by actions that appear to further what the ADL considers the 'inaccurate' view that "Israel is not interested in peace with the Palestinians".

On a more general note, your work is twofold: to fight intolerance and bigotry, as well as defend Israeli nationalism. In your organization's view, however, does the latter trump genuine concern for the safety of the Palestinian people and the overall stability of the region, or do you hold the Israeli state to be essentially blameless and therefore exempt from accusations of intolerance and bigotry (as expressed through state violence) towards its Palestinian neighbors?

On June 30, 2016 you called on the world to denounce the death of Hallel Ariel, a 13-year-old Israeli girl who was stabbed to death by a Palestinian extremist. Are you prepared to also denounce the deliberate (and potentially life-threatening) injury of 12-year-old Ahmed Abu Humus by Israeli police for purposes that remain unexplained and unjustified? Are you prepared to proclaim that Palestinian lives matter just as much as Israeli lives? 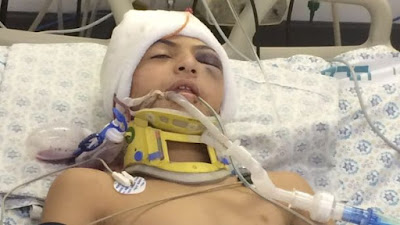 Please note my refusal to adopt your own terminology ("Palestinian terrorist") to describe the Israeli teen's killer. If you are unwilling to label as "terrorism" the deliberate (and state-sanctioned) incitement of violence by Israeli police within a population vulnerable to radicalization, which agitates the very terrorist threat you decry, then I'm not going to play ball when it comes to highly-selective use of a term like "terrorist" for the purpose of advancing certain geopolitical interests. (Further to the twofold mission described above, it would seem the ADL serves two masters at once, thus putting itself in a moral conflict of interest on certain issues.)

Please note that this email will be posted in its entirety on my blog, as will any formal reply from you.

Thank you for your time and attention. I look forward to your response