Fox News' The O'Reilly Factor isn't exactly known for being a fount of well-reasoned commentary - except to those who already subscribe to its right-wing fear-mongering. His latest anti-Obama diatribe likely won't win over any moderates (nor thinking people in general), and conversely his followers will only feel ever more emboldened in their conviction that America is under attack from within by the sitting Jihadist-In-Chief.

The main product peddled by right wing pundits is outrage in and of itself, perhaps as a way to distract citizens and keep them seduced into voting against their own interests. And in order to make outrage(!) fly off the shelf, it helps to dispense with logic and a sense of perspective.

On his July 7, 2016 broadcast, O'Reilly unveiled shocking(!) photos of a young Obama dressed in Muslim garb, thus confirming once and for all, beyond any reasonable doubt, that Barack Obama has "deep emotional ties" to the Muslim faith. 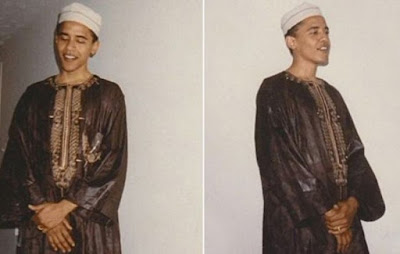 Even worse, reasoned O'Reilly, is that these photos may help explain why (according to him) Obama is so reluctant to call out radical Islam.

The host attempted to draw an even stronger connection, saying:

“There is no question the Obama administration's greatest failure is allowing the Islamic terror group ISIS to run wild, murdering thousands of innocent people all over the world, including many Muslims. Mr. Obama has never, never acknowledged that mistake, nor does he define the ISIS threat accurately.

“That group is killing innocent people in order to impose a radical version of Islam on the world. The jihad is solely based on theology, perverted as it may be.”


If you look for a thread of sanity in all of this, you'll find it in the fact that at the time the photos in question were taken, Obama was in Kenya for his half-brother Malik's wedding. Is it really so strange that one should take on cultural garb at a family function, particularly when it occurs in one's ancestral homeland and within the milieu of one's ancestral religious culture?

And if the sitting President feels a sense of closeness to and pride in his ancestral culture, religion and all, then what of it?

What should be a source of outrage to those with even a spark of neural activity, and an insult to those who consume O'Reilly's dreck on a regular basis, is that a public broadcaster is using his pulpit to draw such a tenuous connection between the photos in question and the murderous activities of a terrorist network. (This presumes one has enough spiritual energy to work up a sense of outrage at a predictable troglodyte like Bill O'Reilly. As for me, it helps that I'm flying high on a gallon or so of black coffee at the moment.)

In short, O'Reilly is simply trying to further the right wing myth that Islam = terrorism, and is willing to grasp at any straw within reach to advance that cause.

Furthermore, it speaks volumes about O'Reilly's regard for human lives lost to terrorism that he so blithely exhumes them for the purpose of propping up his anti-Obama/anti-Muslim invective. Perhaps if O'Reilly was genuinely concerned about the victims of terrorism, he'd try to get down to its root causes, at least insofar as it relates to Middle East geopolitics. At the very least, he (and others in the neocon hot tub) should stop blaming Obama for the current threat posed by the likes of ISIS, and take a sober look at where the problem truly began. 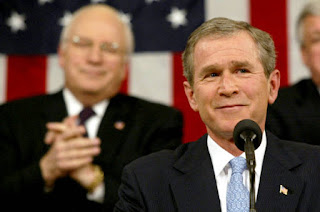 But then outrage, like any absolutist doctrine, is a very selective phenomenon.


As for the phenomenon of right wing disdain for the concept of 'root causes', I've already been down that road before, though I think it warrants revisiting here. Maybe I'm wrong, but I believe that for hawks, imperialists and others who wish to see all political and financial power resting in the hands of the very, very few, the various conflicts and social unrest in the world are not problems to be solved, but rather ends in and of themselves. They are justifications for more military spending abroad, increased militarizing of the police at home, and ever more trampling of basic rights and opportunities for those of us who comprise the vast bulk of society.

Therefore, to actually get down to the 'root causes' of said conflicts and unrest runs directly counter to the interests of the powerful, and runs the risk of exposing the extent to which the West intentionally destabilizes the Middle East. Here in Canada we had our own example of this outlook in 2013 when former Prime Minister Stephen Harper responded to Liberal leader Justin Trudeau's suggestion that we should study the "root causes" of the Boston Marathon bombing with a dismissive "This is not the time to commit sociology."

It would appear that the warped little men pulling the levers would prefer us to not peer behind the curtain.